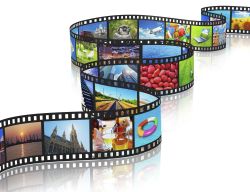 IP Multicast enables us transmission “one to any”. The “Any” means the hosts (multicast users) that are the members of specified multicast group. Multicast user uses particular ip address to signify that he want to joint to the group of multicast traffic.

Within above scope we distinguish below reserved addresses

The TTL for these addresses is 1, thats mean they will never be send outside the link (broadcast domain)

PIM Dense Mode
Push technology – assumption is that clients are densely populated and each segment of the network has the clients that want to join to the multicast group. Network segments that are not interested in of Multicast traffic just reject its. This is why this technology is called “Flood and Prune”. This technology is unefficient but is very simple to configure. Will work out in small environment

The configuration boils down to running 2 commands on each router in the multicast topology:
globally: ip multicast-routing
and on each interface: ip pim dense-mode

if the client wants to join to the group :
on the interface : ip igmp join-group [Mcast IP address]

PIM Sparse Mode
Pull technology, assumption is that clients are sparsely populated, also there is  a router (or routers) in topology that is RP (Randezvous Point). The server is sending a multicast traffic to this RP, and then RP is sending further to the Clients. Sparse Mode technology is much more efficient than Dense Mode, the network is not being flooded out with unnecessary multicast traffic.

The configuration with statically assigned IP address of RP on the RP and the other routers is the same :

A method for dynamic RP address assigment that relies upon Multicast groups for its operation (information about RP is spreading with use of multicast, Cisco call it “Chicken and egg” problem, cause we need RP in order to get working multicast environment, but in order assign address to RP we need multicast environment).

Initially sparse-dense mode technology was invented to overcome “chicken and egg” issue. All routers for Auto RP groups 224.0.1.40 and 224.0.1.39, that don’t have RP run plain Dense mode to spread information about RP. Everything else is being run in Sparse mode. But it caused a problem. If we lose the RP, then we have a “Dense flood” in entire multicast topology. To overcome this issue, Cisco has invented the command “ip pim autorp listener” and Sparse-Dense technology stopped to be needed anymore.

Besides plain ip multicast aware routers in multicast topology There are 2 kinds of AUTO RP routers that have to be deployed in order to obtain fully working AUTO RP topology.

We may have these 2 roles : Candidate RP and Mapping Agent on the same machine. Also on each router we have to run command “ip pim autorp listener” !

The topology that we will be working with is simple. There are a couple of a routers in the multicast topology, also there is a server with running video stream and two Clients that are willing to watch this video. I used GNS3 as usuall, server and 2 hosts are just Windows 7 machines with running “VLC media player”. Of course the server is streaming, the hosts are plugging to the server via multicast group. We have also 2 routers required by Auto RP Mapping Agent and Candidate RP. I configured loopback 0 with address 1.1.1.1 on the Candidate RP that will be used as an Candidate RP IP address for the other routers. I aslo implemented EIGRP routing protocol across entire topology just for the sake of reachability particular routers. Interface Lo0 is also in EIGRP AS.

How to setup VLC Server and Client ?

Server
Menu Media, choose Stream. Click Add and choose the file that you want to stream. Click Stream at the bottom, then Next. Form drop-down list choose RTP / MPEG Transport Stream and click Add. Next, input multicast group address 239.1.1.1, that video will be accessible at and stream name, leave port 5004 as is.Next window, deactivate “Activate Transcoding”. In the last window to the outpu line add “ttl=255” because default value is 0 and click Stream. We are done!

also on all Routers we have to run command :

First of all from now on we should be able to watch the video on the Clients machine, but also we have a few useful commands:

and at the end let’s capture the traffic on the link between the Client 1 and R4. As we see the Client 1 with an Ip address 10.0.41.100 reports its membership to Multicast Group with IP address 239.1.1.1 with using Group Management Protocol IGMP v2